GET TO KNOW: Robert & Hugh

Robert was mentored by Hugh in 2018 through TIME’s 29th program intake. We asked them for recollections of their shared TIME experience as Mentor and Mentee.

Here’s what they had to say. 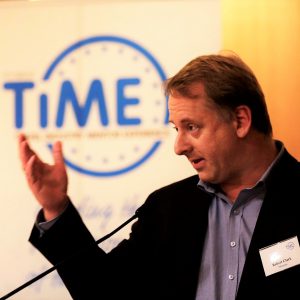 What drew you to the TIME program?

I’ve had a wide-ranging travel career, having worked for an airline, airport company, wholesale travel company, tour operator, cruise and GDS companies in different countries. I’ve also had a number of managers who I have learned much from.

However, I had never had the opportunity for a formal mentoring program and when my former MD suggested it to me, I thought it was a fantastic idea. I also saw it as a great networking opportunity and was really pleased to be paired with my mentor, Hugh Houston.

What do you recall from your first session with Hugh?

We met at a café near my office. Hugh and I worked through how formal we wanted the process to be and how often we would meet and talk. In terms of personalities, we definitely formed a good connection early on.

Hugh wondered as a Commercial Director/Sales Director, what value I hoped to get out of the program. Once I explained to him, we had a clear direction as to how to push forward. It was also important for me to understand what Hugh wanted to get out of it to – so we talked about that as well. I think we sat and talked for 3 hours!

What did you find the most challenging part of your TIME mentoring experience?

After we started the program, it became clear that things were changing with my employment. Soon after, I was advised my position was being made redundant, after nearly 8 years.

Obviously, this posed a material challenge to my participation in the program. However, it soon became clear that Hugh and I both wanted to continue to the end of the program and the TIME Board also supported that position—something I was and remain grateful for.

Hugh provided me some calm and sensible advice at a difficult time. We started the program focusing on my career goals, aspirations, strengths and areas to develop and in turn, that was exacerbated by more immediate matters.

The most rewarding part was getting to know Hugh and having one:one guidance on how to approach different aspects of what I was going through at the time, even though we had deviated from our initial plan, through no fault of our own.

Whilst not what either of us imagined when we first set out, it goes to show that one of the most powerful elements of a mentoring relationship is that things can change quickly in your career and the mentee is lucky to have an experienced industry executive to coach, direct and guide as the world changes around them.

What specific learnings from your experience guide you in your career now?

Never rest on your laurels and always make sure you have people around you that can offer sound independent guidance and advice. Take ownership of this yourself, don’t wait for someone else to create it for you.

Also, never stop investing in yourself. Create opportunities to further your own career and education and if one of your areas to improve is ‘networking’, be aware of it and take action to address as it is critical in our industry.

I also will never allow myself to get too comfortable – it is good to challenge yourself and get outside your comfort zone.

These are all things the TIME program, along with my other recent experiences, has made me quite aware of and will play a part in the rest of my career.

In what ways do you feel your career prospects have been enhanced by your TIME experience?

Being a TIME graduate is something I’m proud to have on my CV.

My experience with Hugh has given me greater clarity on myself as a person and my strengths and areas to work on.

Who should consider being a Mentee?
ANY travel industry professional who believes they could benefit from some new, independent career advice and guidance. That could be someone fairly junior to the industry looking to make some decisions on career direction, or perhaps someone more experienced, who is looking to ensure they have the relevant skills and capabilities to see them through the back-end of their career. 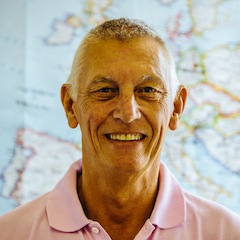 How did you get involved in the TIME program?
I was approached by Sue Graham, a Director of TIME, asking me if I would be interested in being a mentor.

I felt that the travel industry had been very good to me and given me fantastic opportunities and a great career, and as such was very keen to give something back to this fabulous industry, plus impart my knowledge to an individual.

How many TIME participants have you mentored?
Just Robert so far.

How would you describe Robert’s development through the mentoring experience?

This was not the usual mentee experience as my mentee had a very strong skill set and had been in the industry for many years, so it was not a case of going through the basics, so to speak.

What we focused on were the scenarios that could play out during the 6 months of the program and how would they be handled, and how to move forward.

What was the most rewarding thing for you about mentoring Robert?
My most satisfying thing from mentoring Robert was our honesty with each other and sharing quite personal information, which I believe was easy for both of us to do.

Also, how Robert was in a much more positive frame of mind at the conclusion of the mentoring program.

Mentors often say that they learn many things from their mentees, what did you learn from Robert?
I learnt from Robert that once we got to know each other, there was another side to this person, and his appreciation for all that I did for him made me feel fulfilled. He has a lot to offer and I found out he is a very capable individual.

Have you ever had a Mentor?
No, I haven’t officially had one.

But way back in my airline days in Tasmania the State Manager saw something in me and gave me the opportunity to prove it to him which I took. That is what set me on my road to a very successful career in the travel industry.